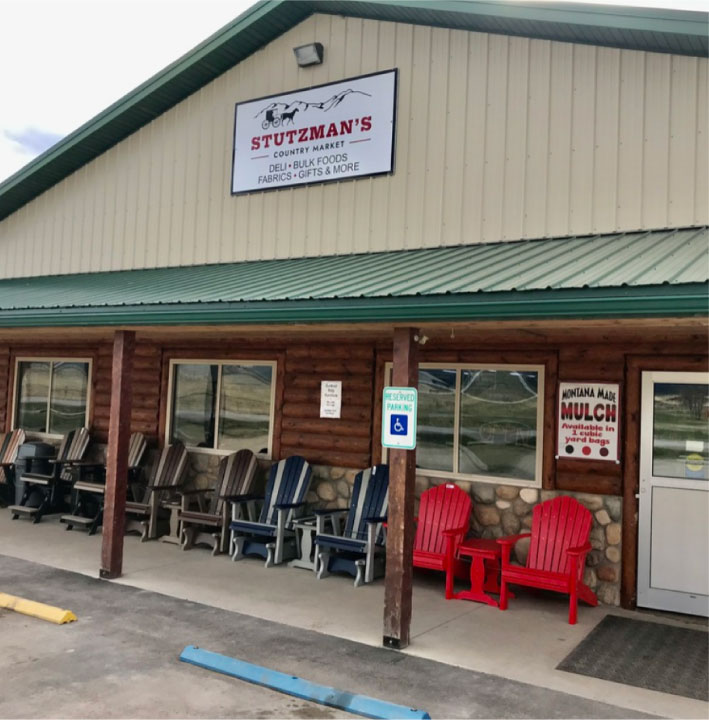 The Story Behind Stutzman’s Country Market.

Chriss Stutzman grew up in an Amish family in Wayne County, Ohio. Chriss says, “There are many benefits to growing up Amish, including the work ethic, morals, values, a strong sense of family, and a community oriented culture. I’m grateful to have those principles instilled into my life and cherish them myself and for my family.”

Chriss left the Amish religious traditions in 1998, at the age of eighteen. Since the Amish leave school after the 8th grade, to work on the farm or away from home, he went back to high school to earn his GED. While there he met Laurie, who grew up in the Mennonite church, and they were married in 2002. In April of 2012 the Stutzmans and their four children were living the American dream in Ohio, where Chriss was self-employed in buying standing timber, and buying and selling realestate.

They had sold their house in a small town and were preparing to move to a nice place in the country, but God redirected their lives. They sold everything and by 2013 had moved to Ronan, MT to go through Discipleship Training School (DTS) with Youth With A Mission (YWAM), and to then serve in YWAM.

In January of 2016, having a renewed spirit and vision, the Stutzmans transitioned out of YWAM and back toward business. After opening ‘Stutzman’s Amish Furniture” in Polson, Mt they always envisioned having a Fresh Deli, Fresh Baked Goods, Bulk Foods and more at the furniture store in hopes of providing a taste of their heritage with their customers. When the opportunity presented itself to purchase what was formerly known as “Mission General Store” in St Ignatius, Mt, Chriss and Laurie saw that as an opportunity to share the wonderful food they had known since childhood with the rest of the community and beyond. ‘Stutzman’s Country Market” is the result!

Stutzman’s, a family-owned business, offers a wide range of groceries, including over 40 kinds of fresh sliced cheeses, over 30 kinds of fresh sliced meats, wide variety of bulk foods, fresh made to order sandwiches, baked goods, jarred goods, jams, jellies, fabric, closeout name brand groceries and much more. Chriss and Laurie say, “We hope to share a piece of our heritage and are confident that you will come to appreciate our commitment to great food and quality service”.

Our goal is to provide the Mission Valley community the highest quality of products, from fresh produce to groceries to craft goods.

Our team is our family! We are here to serve you and help you make the most of your visit to Stutzman’s Country Market. Let us know if how we can serve you!

Stay in touch with us! Get notified when we have special events, sales or announcements.

Stay in touch with us! Get notified when we have special events, sales or announcements.